September 2003 – July 2006
After I left Reeved, I wanted to pursue a more experimental and progressive sound. I had been introduced to Conquest of Steel drummer Chris Mills via mutual friends and we immediately hit it off, both musically and personally. We arranged to get together for a jam, along with a bassist I knew called Josh Tildesley. It was promising. Unfortunately, Josh wasn’t up for it and he had just been recruited for another band so this lineup was not to be.

I got chatting to my good friend Phil Shillam about the project and asked if he wanted to jump in on bass. He duly accepted and things immediately fell into place. We jammed along merrily as an instrumental 3-piece for a few months, all the while looking for a singer and keyboard player. Along came Wayne Gardner and Mel Jones respectively to fill the positions. We rehearsed for many months but it never really worked properly and Wayne left to be replaced by Russ Petcher. We did a small number of gigs and recorded a 3-track EP which was never really finished. 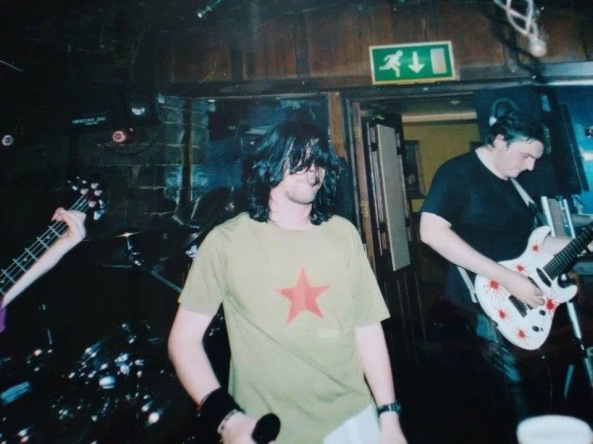 Russ left the band in the summer of 2006 and for a short time, I sang and Simon Thorley joined as second guitarist. I was never fully comfortable with doing this. Eventually, after almost 3 years of struggling to get a stable lineup together coupled with limited rehearsal opportunities due to Chris’ workload with his main band, we saw no alternative but to mothball the project. Technically, we are still on hiatus but there have been no plans to reconvene since.